Misdirected Awesome Games has all of our gaming sessions online!

Here are our Into the Nexus games based off the Cortex Plus system.  The world was destroyed through a gross misuse of magic. Our players will have to make their way through an alternate 80’s Earth that has been forever altered by magic, betrayal, and Aya
Into the Nexus: A Hybris Theory

Into the Nexus: Very Huge Saga

For the past century, the modern civilizations of the Milky Way Galaxy have been slowly losing solar system after after system to a mysterious, all-consuming, and seemingly invincible race of beings known only as the Nhilus. In desperation, many races have consolidated their strength to their home systems to brace for the inevitable.

Flashpoint: Infinite – Survival of the Fittest

Looking forward to a great Gen con this year and hope to see you all there!


Model for the Slave Ship Revolt.

Used a version of at last years GenCon but it wasn’t complete.

Looking forward to using it with my players this year. 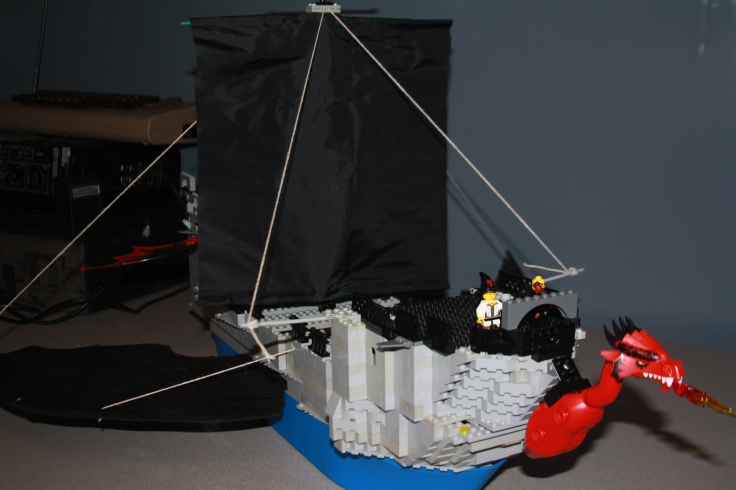 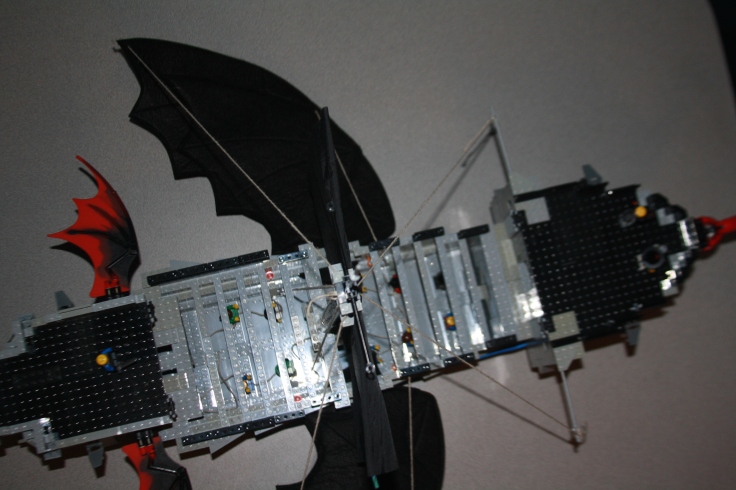 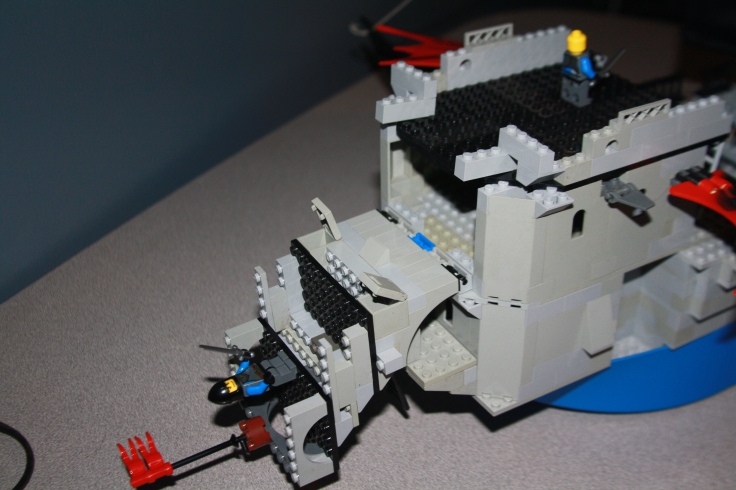 #GenCon 2014 has come and gone. The best four days in gaming flew by me way too fast. I had a lot of fun and learned some things about my game Into the Nexus that had not come up yet.

First the Nexus games. Thursday’s game was the Slave Ship Revolt. We started of rough due to the fact that Gen con put our twenty person group in the middle of the gaming hall. I was going to have to scream everything and that would be fun for no one. I had help this year from four friends who worked with Gen con people to get me into a better room. After we picked up everything and moved we were able to get the game going. This years revolt…ers? were the slowest I’ve had to actually start the escape. They are also the fastest to crash the ship. The last two years I have added plot twists to the players playing the crew so that they don’t get too bored playing the same old characters. One of the crew members this year was smuggling a person (River Tam Style) and in his infinite wisdom he decided to wake her up to help him. She did, by enthralling him. She was able to help get the ship landed but by then the captain had died (killed by a ronin who sacrificed himself) and her thrall had died. She and one of the remaining crew landed the ship and she went to wake more of her race. The remaining crew/slaves escaped to a rebel facility where they were all told they were now rebels, like it or not.

Friday night went a different direction. We started with 15 players and broke them into three groups. Each group was given six missions that they were allowed to pick three to complete. Each mission had a pro and a con for the final event. If they failed a mission or skipped it, the con happened. The three they chose were, Reveal the Spy, Release/ Capture the Dragon, and Spring the Baron. Now 10 of these players came from the same gaming group. They were efficient, direct, and got the job done. They tackled each of their missions in a professional manner and they got results. They had killed/incapacitated 8 guards, released 3 dragons, and saved the Baron. My group (The Spy) did well, but they didn’t know each other. They argued and they went in different directions. I was able to corral them in but it took longer and I had to fudge the game in order for them to even come close to finishing their mission. After four hours all of the side missions were complete and we were going to begin. I let them have thirty minutes to plan their attack while my team set up the defenses. This group made a mockery of my team. My baroness was incapacitated in minutes. Her adviser was relegated to protection duties while they just kept coming at them. Even the dragon disciple with his dragon buddies only was able to do anything after most of the fighting had been done. The reason being that 15 players all working perfectly together are a hurricane force in one turn. After initiative was over they had done tons of damage and after another round they had the game pretty much in their control. After the third round it was all over.  The Baroness had been killed (Highlander style) and the remaining Big Bads were captured or converted.

So now we get to the part of our story where our hero learns a valuable lesson. What did I learn from all of this?

I need to have a tempering agent on my magic system. Something other than “Rolling a 1 will kill you” I had only one 1 rolled all night. It was pretty tame.

I need to work on a better story line. Two reasons for this. One, good players tear apart your plot holes and they tear them apart fast. Two, players get bored waiting. One of my game runners said I should work on making my games more exciting because they were boring as hell. Now while I think he was just giving me a hard time I did notice a good deal of waiting and bored looks as people weren’t getting a chance to roll dice and kick ass. There needs to be more to do for everyone than just wait to swing. As I work on it this year I will try and fix these elements and make the game play more engaging. I do know that without my four friends helping me run both games, they would have been a huge hot mess. I am thankful they devoted so much time and effort into helping me.

This year I was also given the chance to run #Firefly and run demos in the booth for MWP (Margaret Weis Productions). It was a great experience as I met the staff was able to learn more about the Cortex Plus gaming system which I have been wanting to learn to play better. It was also a chance for me to talk Into the Nexus with the people at MWP. I am happy to report they are still interested in the game but just need to allocate resources to it. I will keep working on it until such a time as they decide that I am an awesome resource to have working on it  or I have to publish it myself. Either way, I’ll keep working on it and making new adventures and missions for next year.

The Dragon Familiar is certainly going to be a new prestige class.

Some pics of this years Gen Con sessions.

I’ll’ write a session breakdown later this week after some decompression. I had a lot of fun and ran some really great games. Got see my system played by some really talented players. This helped show some flaws that need adjusted. I’m excited to be able to flesh out some of these finer points. 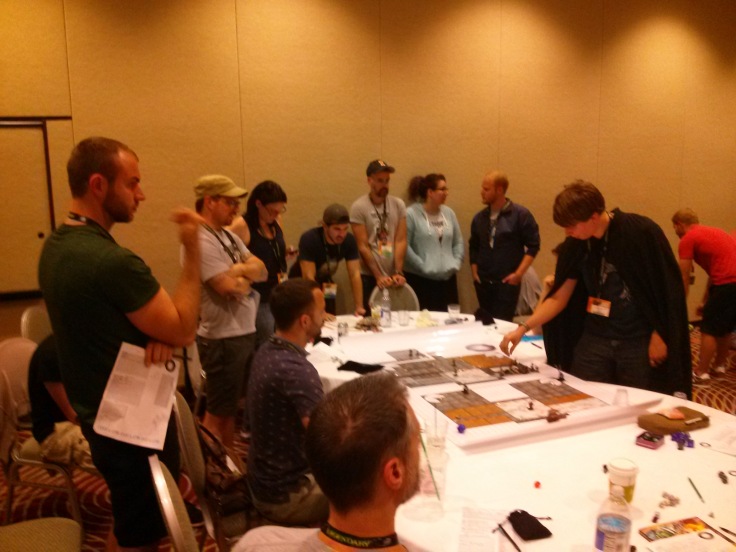 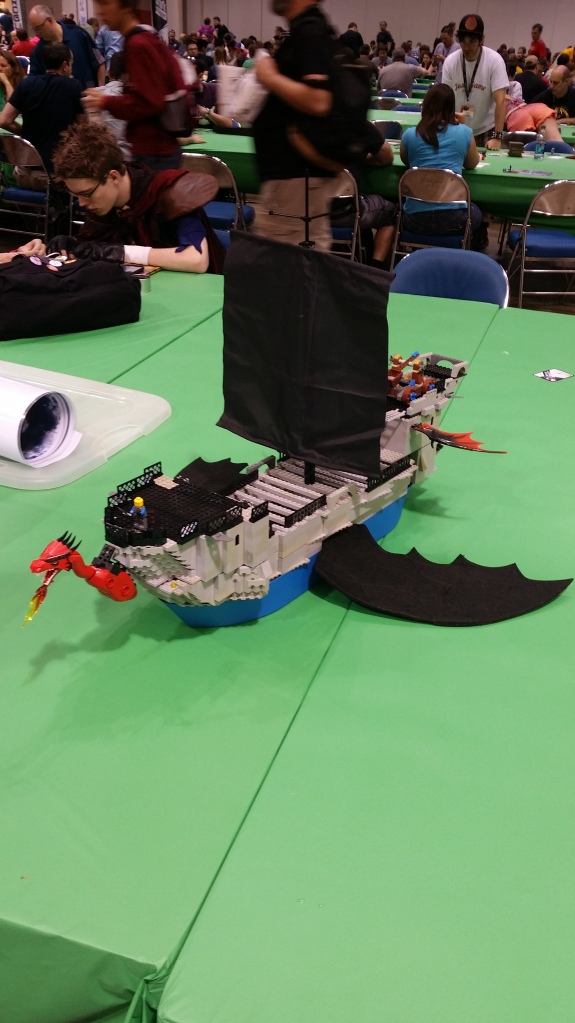 
Got my game books for #GenCon bound yesterday. Just a few more odds and ends then I will be ready for the best 4 days in gaming! 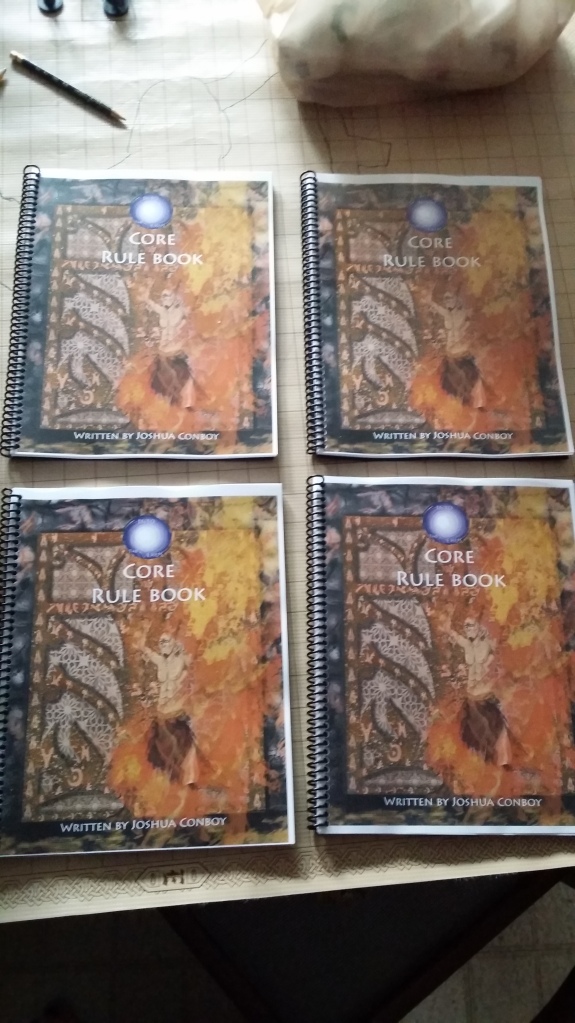 My #GenCon Schedule is finalized. I will be a busy busy fella. Here is where to find me and the games I’m running

I hope to see you there for some great gaming adventures.

The wire frames for the wings. Should have all finished by the weekend. Next picture will be the unveiling at Gen Con!