I write this from day 9 of work from home quarantine. I’ve one Diet Mt Dew left and we are running woefully low on Oreos. If this keeps up I will have to open the last of my Girl Scout cookies and resort to…. water to drink…….

I hope everyone is having a very nice plague. I have been doing work from home for almost two weeks now and it has been a delight….

I have also been hard at work on new Nexus material. I have a new campaign that is about to go though testing as well as several new pieces of game content. I am using this time stuck in my retro-room to be as productive as I can be while rewatching Leverage for the 421st time. I have come up with several new talents and quite a few great customizations to character archetypes. If you like tweaking characters in the Nexus world I think you will enjoy what I have come up with.

I have also set up a Discord server if anyone is interested in talking Nexus games or throwing together a one shot. My social schedule is quite full of TV watching and the occasional TV watching but I will try and squeeze in some games if people are interested.

I have set up some of the Nexus Artwork on teepublic if you are interested in supporting your favorite grumpy GM/Game Creator.

There are 5 designs right now with a couple more almost ready to go up as well.

As of now I still plan to be running at Gen Con. I will be running 4 gaming sessions. Two small 6 people adventures and our now 10 year running 30 people late night craziness.

Hopefully you are not leaving your house for any reason other than food or healthcare and we can get this curve flattened. Until then. come see me on Discord (you can message me here or on Facebook for an invite) and we can roll some dice

Or buy a t-shirt

I have made some adjustments to characters and classes. I added the Anarchist and the Aristocrat (Not Aristocat like I kept typing over and over again)

I’ve polished up some descriptions and made the menus a little easier to navigate through. Take a look and checkout the fantastic artwork and basic descriptions of the classes.

Worked on the Nexus story today….. 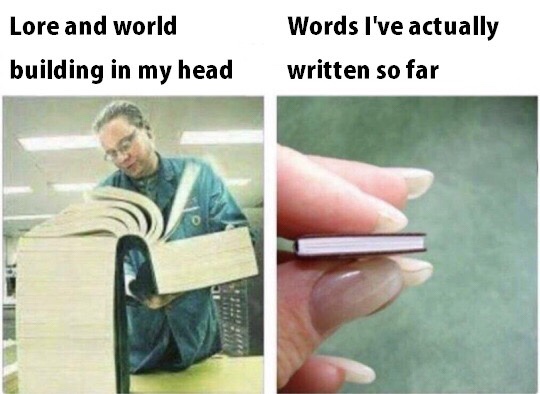 I have the D20 version printed up and ready for the editor.

Hope to see you there! 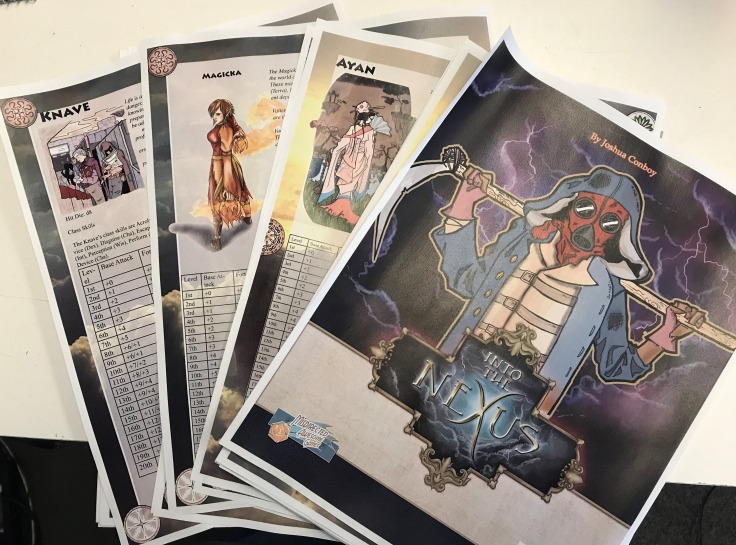 Thank the Maker (Game Maker that is)

Cam Banks. Cortex deity has purchased the license from MPW

To be honest I was very worried when I found out that a lot of the writers for the announced Cortex Plus kickstarter were no longer working on the project. Hopefully this also means more regular announcements about the game system than what I have been getting in the past.

Back to reworking the Shaman for the next testing session. Got  lots of good feedback and Needs to alter its direction a bit,

So It’s been a while. Life is funny and fun sometimes but I am back with an update for all couple dozen of you Into the Nexus fans

Gen Con 2016 was great fun and we had a raucous good time at our gaming sessions.

Slave Ship and Darkmore both sold out  and we even had extras come in and ask to play. Large scale games that went on into the wee hours of the morning. The cortex games we smaller but still just as fun. Nice easy 4 hour games that I think ended quite well. Feedback was positive and some of the changes made to both types of games really worked well with this years players.

That being said I have made a decision. We will be releasing both a Cortex+ and a d20 version of the Into the Nexus. Both books are pretty much done except for editing and I think they offer strengths to different gaming styles. I hope to have copies of both ready for Gencon 2017.

I have made some serious changes to the web site. I have added all playable characters and races and I had added both gaming system character sheets. Both character sheets samples are now available  here

So take a look at the new cast and crew of Into The Nexus. All illustrations have been done by Justin Graham and are fantastic. The Walker and Ayan are my personal favorites.

I know I’m not the best at the constant posts but I hope to get better at it in the next few months with more content to announce and hopefully more gaming sessions to talk about.

What are you waiting for? Go take a look.

I have updated the site design and and gaming pages. There is new info in the About menu and the Into the Nexus menu is completely redesigned.

It has new info on the floating islands and some of the characters that come from them. Not all the artwork is complete. My artist requires time and as it turns out cash to get them all done. You can check out the Heralds, the Ayans, The Q’Anics and the Walker right now.

Speaking of that you should really check out The Clownmonkey and see his amazing art and maybe even buy some.

I will be updating the characters as their artwork gets done and I will also be adding some stories to give a background to the world of Hybris.

Holy Toledo I’m back from a too long absence. Not much new to report. Have been doing some play testing with the new Cortex+ game system and so far I really like it. I will get a real test at Gen con this year when I run it for strangers. I hope to have comment cards to I can see what People liked and didn’t like about the game mechanics.

So Here are my games for Gencon this year

I have decided to keep my big games using the Pathfinder system and the Death Gate Cycle Material. Disappointed as I am that MWP decided on a different direction. It doesn’t stop me loving the series or the games I built around them. It is what those game players have come to enjoy and I do love running them.

As for a game I want to publish. Into the Nexus will be all original material.

Speaking of that. New logo and Webdesign on the blog. New artwork will be posted soon and I should have a pre-release book for sale by gencon.

That is all for now. Someone broke their monitor and I need to see how the hell they managed that.

Unsocial Media and the Letting go of the familiar D20

Last Saturday I ran my first Into the Nexus game using the Cortex+ system. It was kind of nerve wracking. I have been working on this game for so long in the familiar D20 system that I was worried it wouldn’t go well or that my players wouldn’t be able to enjoy themselves as much. My fears were unfounded. It was a great night of gaming. I made some notes and will have to make some adjustments but I think this system will really work for the game. We had craziness abound and the the complication/opportunity mechanic adds some real depth and unpredictability to the story without it being as random and unruly as the D20 mechanics could be. Being able to add a D8 complication of Warrant for Arrest to each players dice pool is much cleaner than just having tons more encounters and fights that just take up the gameplay.

I think my favorite part of the Cortex+ conversion has been the Talents. No longer bound to tons of unnecessary math that feats and skills of D20 can yield, I was able to add some really fun and entertaining Talents for each of the Archetypes and some good generic ones that anyone can use. I was able to crank out 10 pages of Talents in about 3 hours and my players really enjoyed using them in game play.

One issue, and I hesitate to use the word “downside” , but it is kind of sad for me is that the dice pool mechanic does not lend itself to larger groups. I need to set a cap on players and I’m not used to having to do that. It will take some getting used to but I feel I will get a more robust game experience if I don’t have more that 6 players.  This will cause me to make some adjustments for the Con but I have some great GM’s that help me so I don’t think it will cause too many problems.

I ran a very small test mission after character creation and it went longer than expected but I fell that was due to too many players and some people still figuring out how to use the dice pool mechanic. I will adjust accordingly for the next session and see if the flow improves.

Monica Valentinelli, author of the Firefly RPG, wrote in her blog about taking the month of September off of social media (Facebook and Twitter) to focus on her creative works. I have been letting that idea rattle around in my head the last few days and I feel it is a really good idea. I am not a huge Twitter user but I do sometimes get lost in the mindlessness of Facebook. I feel my time would be better spent doing…almost anything. Facebook has devolved into a bunch of angry whining and protestations (without actually doing anything about it). I am guilty of it myself and have been finding myself more and more angry about something someone posted. Angry to the point of it ruining my day because of the shear stupidity of it.

I don’t need that in my life. I am a curmudgeon to begin with. I don’t that particular fire fueled. So, For the month of September I will not access Twitter at all and my Facebook will only be used for my game page and game related posts. I have unfollowed all of my friends and groups so my newsfeed is blank. I was going to deactivate the account to just have my wife change my password and not give it to me until a friend of mine reminded me that we only talk on Facebook Messenger. So I will keep the account active for that purpose and Nexus related material. My friends have my phone number, they know how to find me. I don’t need to spend my days yelling at gun nuts and people who take that toupee’d Presidential candidate seriously. My hope is that this will let me focus my time and needs on more creative pursuits.

My game needs to be finished…and that Commodore 64 won’t be modding itself.